4 Most Irritating Reasons Your Car Insurance Might Go Up 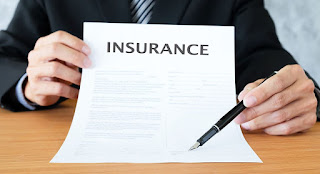 You have no tickets, never caused an accident, and everyone says you drive like a grandma. You're a great driver!

Next thing you know, your agent has to explain to you why your car insurance skyrocketed at renewal. These are 4 of the most common and irritating reasons for doing so.

Nobody likes to be blindsided by higher bills, especially when it's insurance-related.

• You got hit by another driver - Insult to injury, right? The majority of car insurance carriers do, in fact, charge more for "not-at-fault" accidents.  In those cases, there aren't "points" added to your record, but you can definitely be placed in a less preferred rating tier, therefore raising your rates.

As a side note, this is allowed in 48 states. California and Oklahoma are the only states that prohibit rating for NAF's.

• You get a divorce - You will never see an advertised "marriage discount," but the facts are that car insurance is cheaper when you are married. I see it first hand every day but have also read reports stating a married couple in their 20's pays between 20-25% less for car insurance on average.

Unfortunately, when they split and apply for their own policy, rates go right back up. And that's just aggravating.

• You took a car off your policy - Now this just seems backward, but here's the scenario: You have your daily driver and an old beater with liability only.  You sell the beater and take the car off your policy, just to find your rates to go up. You just lost the multi-car discount (typically 10-25%), which in this instance, was more than the cost of liability on the second car.

That scenario plays out about half of the time if you made me take my best guess. Other drivers may see no change or a slight decrease in rate. Still, the concept is a bit counter-intuitive and a worthy mention for this list.

• You moved across town - Why does this happen? Zip code. It sounds crazy, but one zip code over can drastically change your cost of car insurance. I can absolutely explain why in detail later, but the major take away is this: if you are moving soon, check with your agent to quote your new address to avoid surprises and extreme frustration later.

When your rates go up, it may be time to shop around. To save yourself time, try using an independent agent. They work up quotes several insurance companies at once to find you the best rates and coverage way faster than you can do by yourself.

Any other questions? Leave a comment or shoot me a direct message at kolstadins.com. 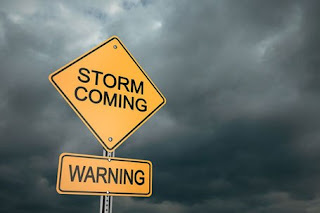 NC Homeowners: How to offset the May 1st insurance rate increase without reducing your coverage

North Carolina homeowners will receive an average 4% increase in home insurance premiums and as high as 9.8% in coastal counties. You will see the effects of this on your new and renewal policies  starting May 1. While rate increases are inevitable, there are still ways to save on your insurance WITHOUT reducing coverage. Ask your agent for a bundle discount.  Even if your home and auto insurance are with two different companies, many insurance companies offer home and auto discounts for keeping all your policies with one office, so customers using independent agents can still have that benefit. Do you have a security system?  Having Vivint, ADT, or something similar can also discount your cost of home insurance. I have seen savings as high as $200 per year! If you have a security system, don’t keep it a secret! Tell your agent now! Maybe time to shop ? One of the most significant benefits of using an independent agent is their access to carriers. When you ask us for a home 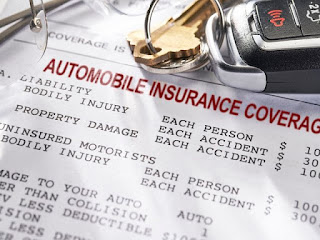 There are countless reasons your car insurance could be expensive: driving history, credit, the vehicle you drive plus so many more. But you can't wave a magic wand and make those factors disappear. These are the top 3  silliest   reasons I have come across my customers grossly overpaying on their bill. But it's NOT your fault. How are you supposed to know some of these nuances if you don't eat, sleep, and breathe insurance all day like I do? 🤣 CAUTION!  You're going to be upset if one or more of these apply to you, but it's okay! We can get it fixed in a heartbeat. 1. You have multiple cars on separate policies.   This could be several reasons, most commonly a married couple that has yet to combine policies. They each list as single or even list as married but on still their own policy. → What you need to know:  The multi-car policy is one of the most substantial car insurance discounts available and can  save you up to 25%  depending on which carri